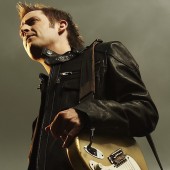 Lincoln Brewster was born and raised in Homer, Alaska. When he was a year old, his mother noticed his ability to keep rhythm on a drum set given to him by his grandfather. By the age of 12, he was in a local band, and at 19, Lincoln landed his first mainstream record contract. He has released 9 albums, released over a dozen singles, and is currently a worship pastor in California. With their song "Burn the Ships" for King and Country hope to aid in the healing of those affected by addiction like Luke and Courtney Smallbone. In an interview with TobyMac, find out about the meaning behind his latest song and how we can find our "promised land" even in this life.