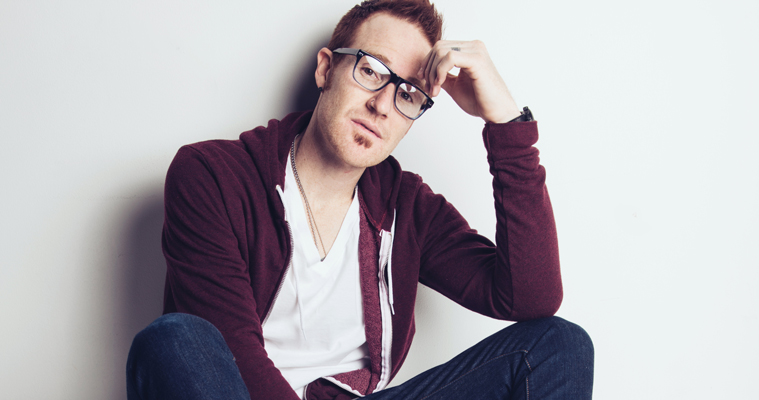 In an episode of the I Love That Song podcast with Keith Stevens, Ryan Stevenson opened up about “the most personal song he’s ever written.” His new release, “When We Fall Apart,” was born from one of the most difficult times in his life: his mother’s battle with cancer.

When Ryan Stevenson was 18 years old, his youth pastor handed him a guitar, saying he felt that God called him to give Ryan this gift. Ryan played that acoustic guitar in coffee shops throughout college, and in 2007, he released his song “Running to You” with Off the Vine Records. In 2012, Ryan moved to Nayrian Records, releasing his EP Champion of the World, and in 2013 he signed on with Toby Mac at Gotee Records, a move that launched his career toward what it is today.

His success as a musician began to unfold when he co-wrote “Speak Life” and “Eye of the Storm” with TobyMac, both of which were nominated for multiple awards. Through his music, Ryan has spoken into the lives of countless listeners, and many resonate with the messages of truth, encouragement, and healing in his songs.

Ryan grew up as the youngest child—and the only boy—in his family. He and his mother were always close. She was a source of unconditional love and support for him. She was a solid rock for him as he sailed through seas of insecurity.

They lived in a trailer home, but the world was theirs. The two loved to spend time together, hiking through the woods and enjoying the breathtaking scenery of Oregon. Then, when Ryan was a freshman in high school, his mother was diagnosed with cancer.

Around this time, his older sister headed off to college, and his father took a job long-haul truck driving. It was just Ryan and his mother. They spent the next few years together in their trailer house, just the two of them, and they bonded even more through this experience.

Ryan’s mom was extremely ill, battling cancer with chemo, radiation, and surgery. Ryan was right beside her through all of it. As her health declined, the two could no longer venture out to hike, fish, and explore the mountains and lakes that surrounded them. She could no longer work in her flowerbed either, and for Ryan, this flowerbed was a part of who she was.

Sitting beside her hospice bed in their single-wide trailer, Ryan knew it was the last time he would speak with his mother. There, she gave him words of wisdom from her that would never leave him—words that came to inspire his work.

With numbered hours left to live, his mother urged him to feel his grief, to feel the pain of losing her, because it is in our grief that Jesus meets us with open arms. These words became almost prophetic for Ryan, who found himself doing exactly the opposite after her death.

After Ryan’s mother passed away, Ryan watched his father’s heart shatter. Feeling the need to hold up his family, Ryan stepped forward and pushed aside his own feelings. He didn’t want anyone to see him fall apart.

“She’s with the Lord,” he would tell himself. “She’s healthy and happy….” He’d reassure himself day after day, trying to hold himself together, but cracks in his heart were forming nonetheless.

Ryan lived his life with these fissures in his heart for a long, long time. It wasn’t until years later when he began working on his biography, that he remembered his mother’s final loving words to him: “You will never see anything clearly unless you see it through your tears.” When these words were brought before him again, he could finally begin to heal. As the lyrics of “When We Fall Apart” testify, “Sometimes the only way to heal a broken heart is when we fall apart.”

But loss is a part of being human, an unavoidable facet of our existence. God did not promise that we’d live lives free of pain and suffering, but neither does He ask us to hold ourselves together.

“We are all going to experience loss. It’s going to touch every one of us, and Jesus meets us in the rubble,” Ryan says. “I really hope and pray that my mother’s words, that this simple little song, would help people truly understand that we have a good Father and that we don’t have to try to maintain something that was never ours to maintain in the first place.”

When we run out of strength, God will take us in His arms and hold us up. In Isaiah 41:10, God tells His people,

“So do not fear, for I am with you;
do not be dismayed, for I am your God.
I will strengthen you and help you;
I will uphold you with my righteous right hand.”

During the podcast, Keith Stevens offered a piece of his own story: “My wife, who is my best friend, has been diagnosed with a very rare form of breast cancer.” It’s the second time their family has dealt with this illness. “It’s been brutal for me to watch her, my precious bride, go through this illness. It’s heartbreaking,” he said.

“I understand one thousand percent,” Ryan replied. Countless others relate to Ryan’s and Keith’s stories as well.

One listener described: “That song always ministers to me. I was very close to my mother, just like Ryan was to his mom. This song just brings out all the emotions that I felt.”

“’When We Fall Apart’ has really spoken to me,” another listener testified. “Our family lost five people in the past year, no warnings, no goodbyes, and at the same time, I was pregnant and on bed rest. I didn’t get any time to grieve, and I ended up experiencing post-partum depression for a year. I felt like I needed to be strong for the rest of my family. This song reminds me that it’s okay to cry and fall apart. I wish I was able to sooner. Don’t be stubborn like me—it’s okay to fall apart.”

We often ask why hard things happen to us. In response, Ryan can only offer the best piece of wisdom he has: “I won’t try to hold on to this thing because I just trust God with the details.”

Now, Ryan is able to rest in the truths he used to tell himself to get through each day. He shared the way he pictures his mother now, in a new and healthy body, happy and living with the Lord.

“I’ll never forget those sweet moments I had with her,” he said, thinking back on after-school chats, walks through the trees, and quiet moments at her bedside.

Closing out the episode, Ryan prays, thanking God for His goodness even in the storms.

This song might just bring you a touch of healing too. Stream “When We Fall Apart” on Spotify, Apple Music, and YouTube.

Enjoy Keith Stevens’ other amazing conversations with artists, including Lauren Daigle, on the I Love That Song podcast! 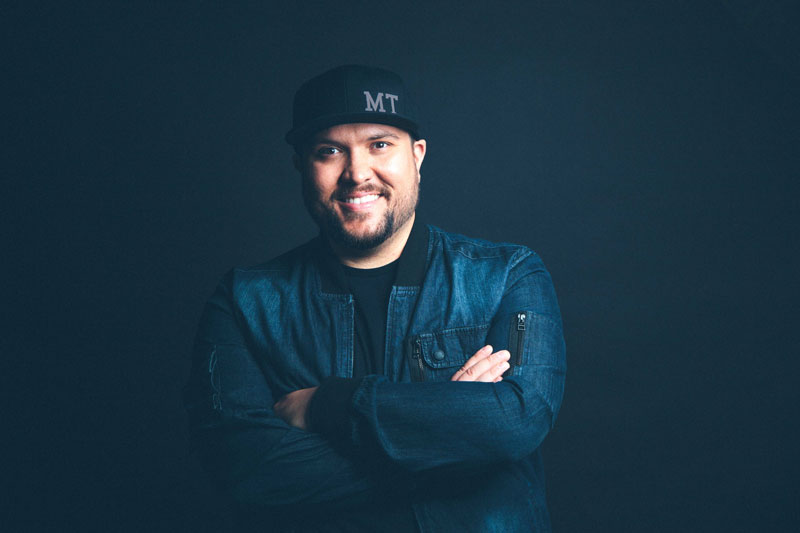